A core piece of nymea's functionality is to wire up your devices and services using rules. For instance, if you've added a remote control and a light, when pressing a button on the remote, nymea should toggle the light. This can be achieved with rules. In nymea:app rules are referred to as magic. In nymea's API and nymea-cli those are referred to by the proper name, which is "Rules". From the main menu, tap the "Magic" button to enter the rules configuration screen. 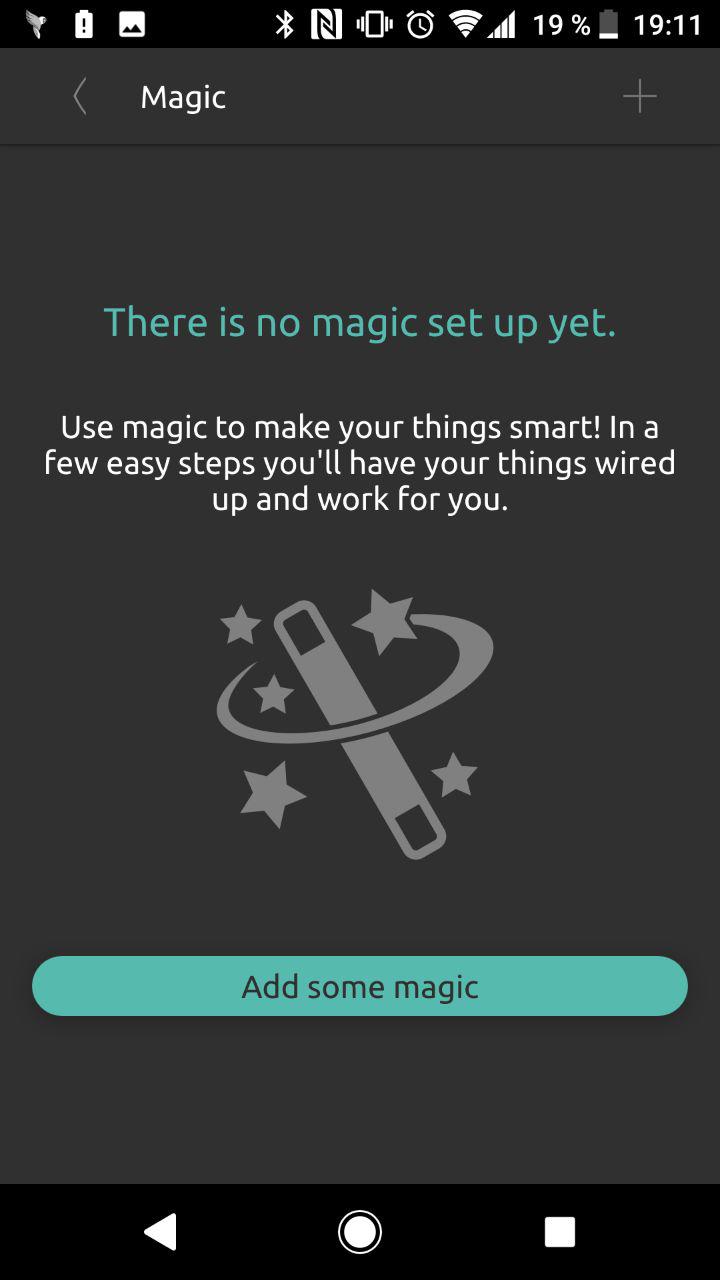 This screen will show all the rules added to the system. Initially this list will be empty. Tap the + button in the upper right to start creating a rule.

In nymea, each device or service is described by a set of states, actions and events. At the same time, a rule also contains a list of events, conditions on states and a list of actions. For instance, a smart light bulb will have the state "power" which can be either true or false. At the same time it also offers an action to change that state and an event which is triggered whenever the light is powered on or off. All three of those things can be used to create smart rules. A remote control on the other hand, might only have events for "button pressed" but no states or actions. 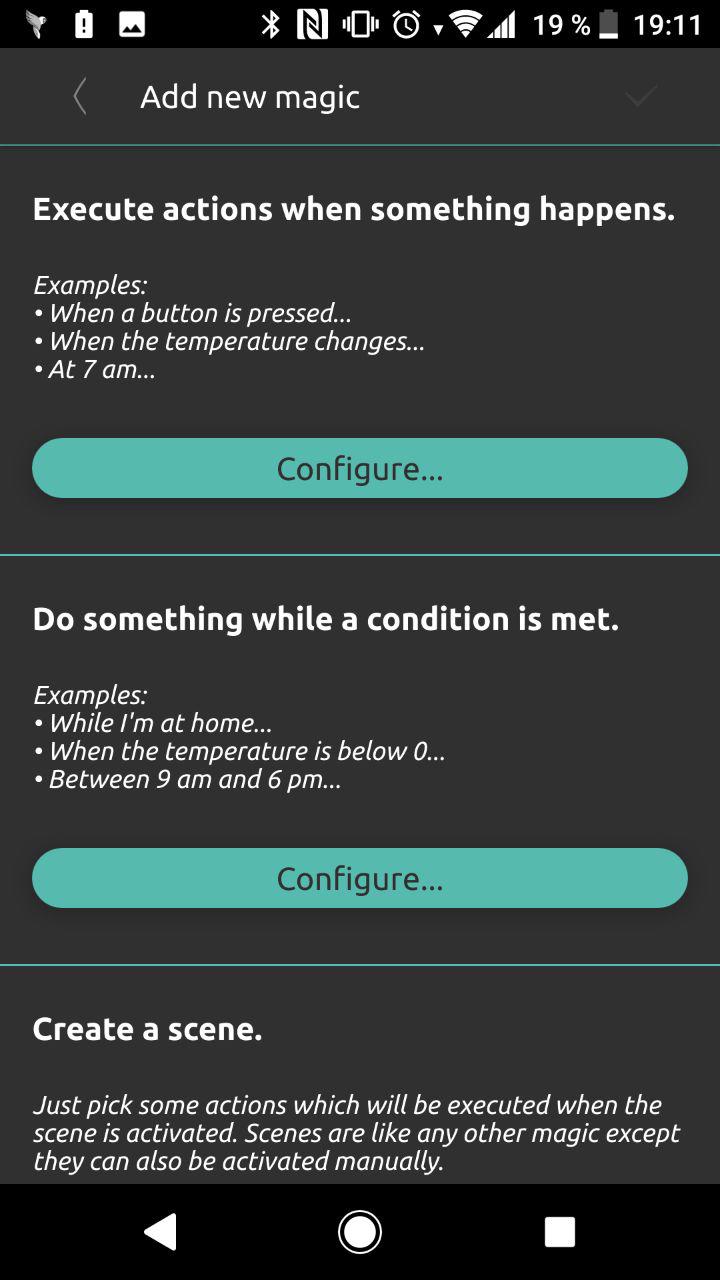 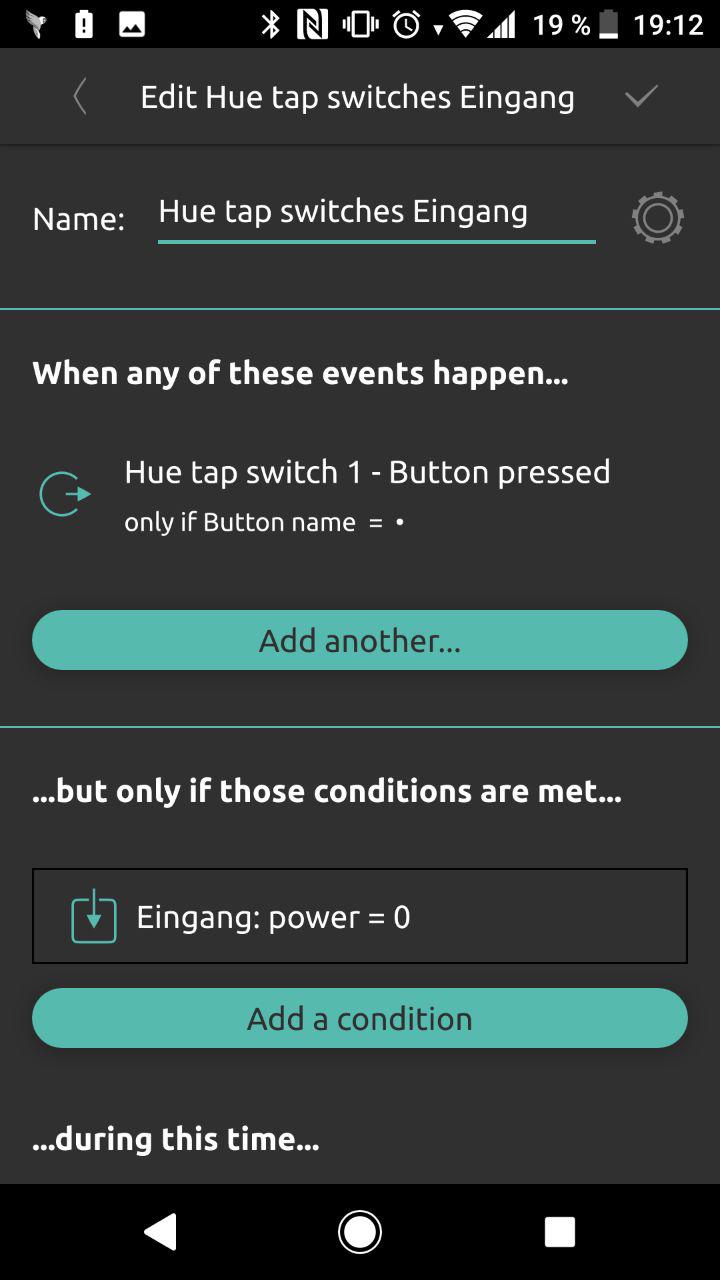 How rules are triggered

A rule can contain a list of events and a set of states. There is an important difference between rules that have events and rules which have only states: If a rule contains events, nymea will "wake up" every time a device or service triggers one of the events in that list. As a next step, it will compare all the states in the rule with the actual states in the system. If all the conditions match, nymea will go ahead and execute all the actions in that rule. In nymea, such rules are referred to as event based rules.

Unlike devices and services which only have actions, rules also have exit actions. The behavior of exit actions is a bit different whether they are in an event based rule or in a state based rule.

State based rules on the other hand are active or inactive depending on the overall system's state. They don't have any events in their list. An example could be:

There is one more form of rules which are rules without any event or states. Those rules only have actions. Such rules also won't have any exit actions. Scenes can be activated in nymea:app and provide a way to control many devices or services with just one click. 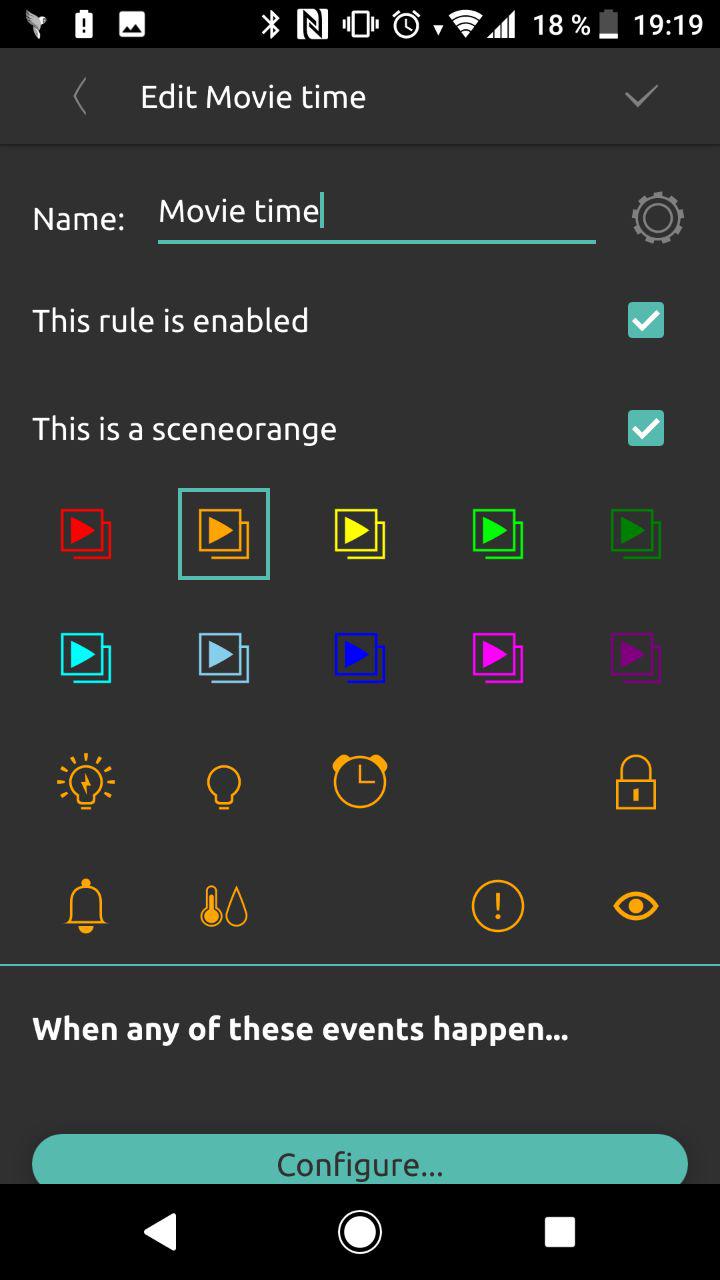 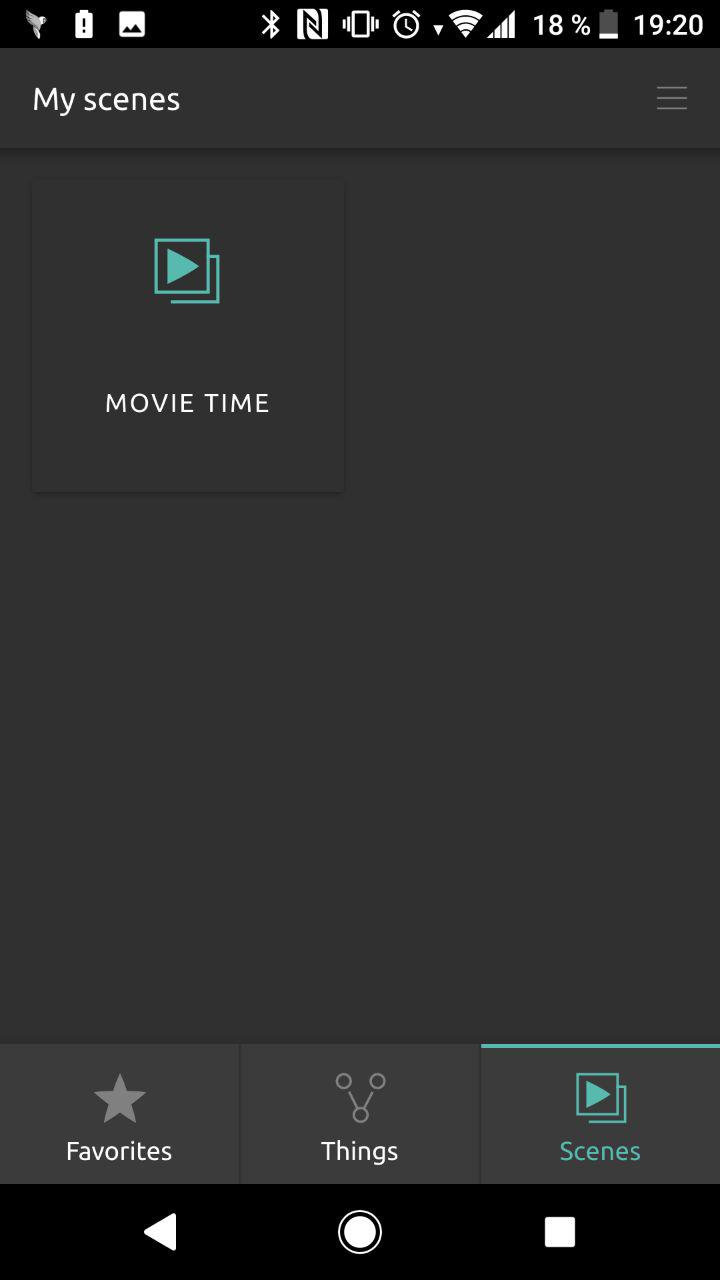 In order to remove a rule, open the "Magic" entry from the main menu and swipe on the rule you want to remove. A delete button will become visible allowing you to remove the rule. 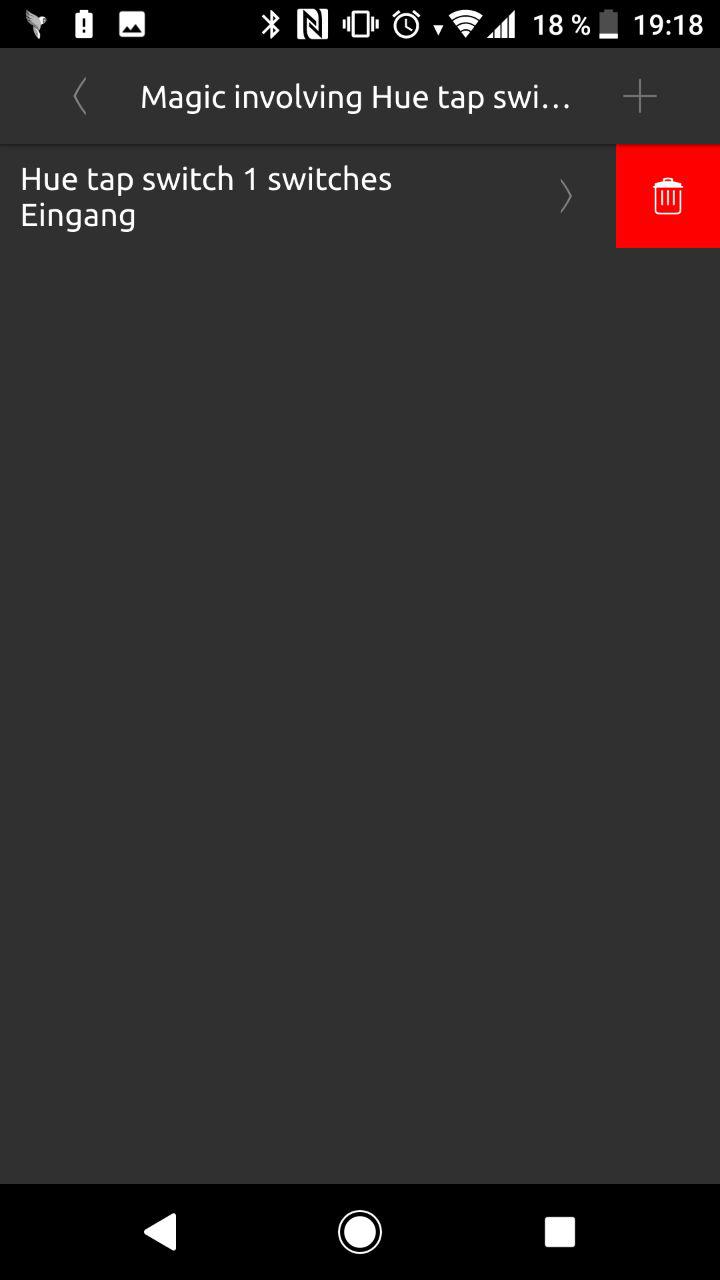