nymea:app, while being a client implementation, is structured in a way that it provides a Qt library that wraps the entire JSONRPC API in a Qt like fashion. It can be used in C++ projects as well as imported in a QML app to have all nymea features available in QML.

Building the nymea:app library is no different than building nymea:app itself. Building should be possible on pretty much every platform supported by Qt. Currrently the app is built and released officially for those platforms:

At first, Qt needs to be installed. The minimum Qt version for nymea:app is 5.9. Qt6 is not yet supported.

The recommended way to install Qt for nymea:app is to use the Qt online installer from qt.io. The required modules are: 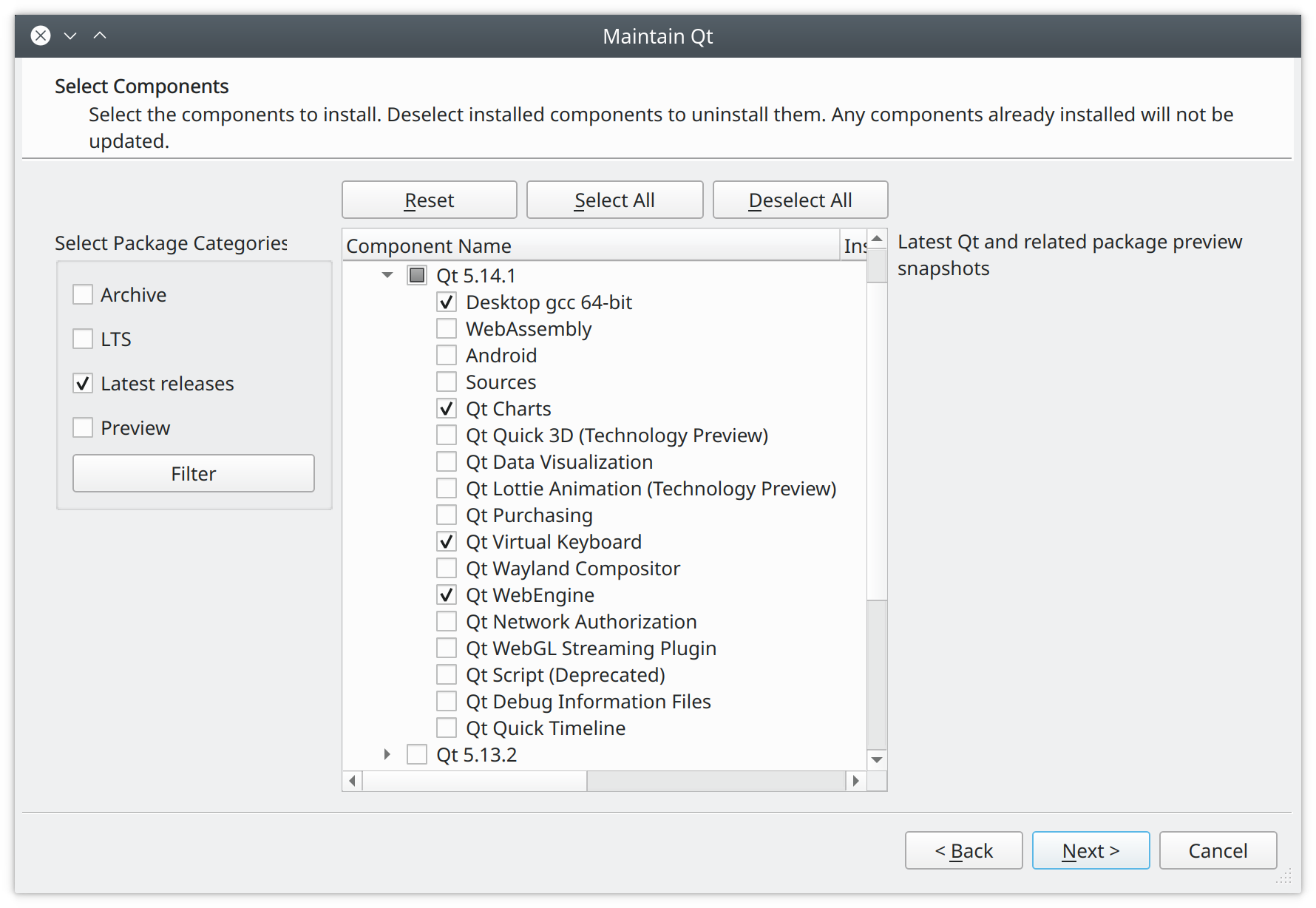 Note: If only the lib is required, only Qt itself is required. The application UI will not work for 100%, however the library will still be built.

If building for Android, also the Android component needs to be selected in the Qt install wizard. In addition to that, the android SDK and NDK need to be installed. Please refer to the upstream Qt for android documentation for more details.

A good reference to check if QtCreator as well as android SDK and NDK are set up correctly is by building one of the Qt example applications.

Building nymea:app for iOS or macOS requires to select the iOS or macOS components in the Qt install wizard. In addition to that it is required to have XCode installed. Please refer to the upstrea Qt for iOS and Qt for macOS documentations for more details.

A good reference to check if the QtCreator and XCode are set up correctly is by building one of the Qt example applications.

The first step is to obtain the code:

The preferred way of building is using QtCreator by opening nymea-app.pro and clicking the build button. It is also possible to build without QtCreator using the usual build steps.

This requires to have Qt installed and added to the PATH variable.

This will build the entire app. The library can be found in the build directory in libnymea-app. By dfault it will be built as a static library named libnymea-app.a. This library can then be linked to any c++ Application.

There is no API documentation for libnymea-app at this point yet. We recommend looking at nymea:app’s QML files for examples on how to interact with the lib.

Depending on the build system used this might differ.

For example, using it in a qmake project would require something like this:

Please refer to your build system’s documentation on how to add include paths and libraries. In the end, the added flags must be

for the compiler, and

Making it available in QML

In order to register all the types in QML, include the libnymea-app-core.h file in your c++ application loader and call registerQmlTypes().

After that, Nymea 1.0 can be imported in QML files.